People act on emotion and justify with logic. From complex to completely transactional, impulse purchases, emotions drive buying decisions. The examples are legion and science is stacking up one study after another that demonstrate how emotion influences the choices we make.

Daniel Pink says that to sell is human, likewise to buy is human. Though as humans we are certain that we’re making choices based on rational logic, our best interests, or organized facts, science says that we often don’t.

Emotion is why well-educated executives make multi-million dollar decisions with massive implications to their companies because they feel that one sales team cares about them more than another.

At a wine tasting party where researchers placed the price of the wine on the wine bottles, people exclaimed that wine with the higher price tag tasted better, even though every bottle was filled with the same low-cost wine.

On the sidewalk outside the store, researchers peered into brown bags and interviewed the patrons to learn why they purchased the beer or wine. Most shoppers gave logical reasons for the purchase: Saw it in a magazine, recommended by a friend, cooking steaks tonight, like the taste premium beer.

As humans, it is important that our self-image correlate with our decisions. So, we fall on logic to justify subconscious, emotional buying behavior – thus avoiding the pain of cognitive dissonance.

Despite all the tools, information, and data at their fingertips in our internet connected world, buyers continue to make irrational decisions. Am I saying that product features, quality, specs, delivery options and speed, service, technology, locations, price, and other tangible attributes of your offering don’t matter? Of course, not. These things absolutely matter – all are tickets to the game.

However, the sales profession inclusive of salespeople, sales trainers, sales leaders, and the marketing teams that support them are and have been, under the collective delusion that buyers make logical decisions that are in their own or their company’s best interest. That they weigh decisions rationally and choose options that make logical sense.

You Don’t Need to Look Far for Proof

Evidence upon evidence and data stacked on data refute this assumption. Frankly, you don’t need to look far for proof. I have no doubt that you’ve been frustrated with a prospect into which you’ve poured heart and soul. You’ve built the case why they should do business with you. You’ve analyzed their current situation and shown them how you can save them money, time, stress, and offer better service.

The case, the proof was irrefutable, and your references impeccable. There is even a compelling trigger event to drive urgency. Yet, instead of signing your agreement, they gave your competitor who’d taken them for granted, provided shoddy service, pissed them off, and overbilled them for the headache, a second chance. I know, I’ve been there and it’s maddening.

If we were to ask your buyer why he chose to remain with a vendor that was not working in his best interest, he would lead off with a number of what he felt like were logical, rational reasons. But refuting and arguing the facts would get you nowhere. The buyer would just dig in, unmovable.

What he would be unable to explain or unwilling to admit is his fear of making a mistake; or that there was just something about you that, at the sub-conscious level, he didn’t trust; or that because he avoids conflict, firing his current vendor would put him in an uncomfortable position. Layers of emotions – conscious and sub-conscious – driving his irrational choice. Yet he explains his decision in completely rational terms.

When All Things are Equal

As a sales professional understanding how emotions dominate and drive buying decisions is critical to supercharging your income and advancing your career.

When all things are equal, and in today’s marketplace there are rarely huge gaps or differences between competitors (at least from the prospect’s viewpoint), your ability to both influence the emotions of your prospects while regulating your own disruptive emotions, as you move deals through the sale pipe, gives you a distinct competitive edge.

Emotions are difficult to wrap our arms around and are sometimes hard to face. It’s so much easier to pitch the features of a widget than turn on empathy and tune into emotions. The brutal, inconvenient truth is you can pitch, challenge, teach, and offer insight to your heart’s content but it will not matter because, People buy for their reasons, not yours.

Approach Buyers the Way They Buy

Sales and buying are woven into the imperfect fabric of human emotions. No matter what you sell, your sales cycle, or the complexity of the sales and buying process, emotions play a crucial role in the outcomes of your sales conversations, interactions, and deals. At the beginning of the sales process the buyer is asking a basic question about the salesperson: Do I like you?

In the same moment, the seller is delivering a pitch on product features they believe will generate interest from the buyer.

At the end of the sales process when the buyer is asking rational questions, putting objections on the table, and negotiating, the seller is reacting emotionally to perceived rejection, desperate not to lose the deal.

And so, it goes throughout the buying journey. At the emotional level, the parties are perpetually out of sync.

Of course, I’m not blind to the oversimplification of this example. Human interaction is complex and quite often non-linear. However, dealing with people in the context of sales conversations doesn’t need to be overly complex or overwhelming.

There are a handful of principles and frameworks that guide most human behavior most of the time. When you learn to master these simple frameworks, you’ll become a master of emotions and thus, influence and persuasion.

I’ve already shared with you one of the most cogent truths in sales. People buy for their reasons, not yours. It follows then that to be effective, you must approach people the way they buy rather than the way you sell. Legions of salespeople and their leaders are coming face to face with a cold hard truth: what once gave salespeople a competitive edge—controlling the sales process, command of product knowledge, an arsenal of technology, and a great pitch—are no longer guarantees of success. Yet this is where the vast majority of the roughly $20 billion spent each year on sales training goes.  It’s no wonder many companies are seeing 50 percent or more of their salespeople miss quota.

Yet, in this new paradigm, an elite group of sales professionals are crushing it. In our age of technology where information is ubiquitous and buyer attention spans are fleeting, these superstars have learned how to leverage a new psychology of selling—Sales EQ—to keep prospects engaged, create true competitive differentiation, as well as shape and influence buying decisions. These top earners are acutely aware that the experience of buying from them is far more important than products, prices, features, and solutions. 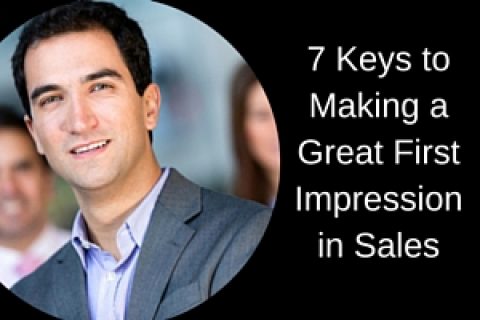 7 Keys to Making a Great First Impression in Sales 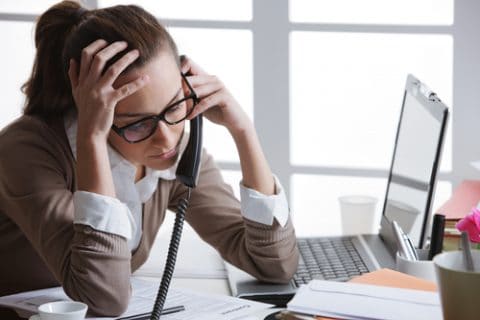 When It Is Time to Go Home, Make One More Call The Only Closing Technique that Really Works