In our current business environment sales leaders are faced with unrelenting pressure to deliver results. They are also being stretched in so many different directions they must deal with a daily dilemma: “Where should I spend my time and with whom should I spend it?”

Of course, time is the scarcest of all resources and as a sales manager you only have 8 to 10 hours a day during which you can really impact the sales productivity of your team.

In the early part of last decade, the Sales Executive Council commissioned a ground breaking study on sales coaching. One of the areas that study focused on was what separated mediocre sales managers from superstar sales managers.

The study concluded that mediocre sales managers, much like Kevin Spacey’s character in Glengarry Glen Ross, spend the vast majority of their time managing policy, reviewing reports, approving expenses, and sitting at their desk. Rather than being mentors to their salespeople, they become tormentors.

Superstar sales managers, on the other hand, spend the majority of their time positioning their people to win. They focus on account strategy, pipeline management, training, mentoring, and coaching. The conclusion was simple, (and frankly common sense), sales managers that spend the majority of their time with their salespeople, focused  on getting their people in the right place at the right time, are most successful.

So the question begs: Which salespeople do superstar sales managers work with?

Let’s first look at this question from a purely statistical point of view. On any given sales team there is a high probability that there’ll be a normal  statistical distribution (bell curve) of sales productivity. At the high end of the bell curve will be a handful of top performers and at the bottom end will be a handful of low performers. That leaves the majority of the salespeople, the average performers,  in the middle of the bell curve.

The problem with this approach – focusing on the extremes – is it rarely moves the performance of the team as a whole. Over the long-term, performance stagnates. At the top-end, the high-performers are internally driven to be successful. They are likely to succeed in spite of anything you try to do to make them better, which means you get very little return for your efforts. Of course top performers require care and attention and you should remove roadblocks that impede their ability to sell. Yet, time spent with them will not improve your sales team’s performance as a whole. Basically love your top performers and leave them alone.

At the bottom end, the low-performers are likely to fail in spite of all of the coaching and effort you put into helping them improve. No matter how gifted you are as a leader, you will never be able to turn turkeys into eagles. Of course there are situations with new reps, reps with personal issues, and talented reps that have just gotten off track, where your coaching and intervention will make a difference. As a whole though, spending your time with low-performers will yield little return and will not move the overall performance of your team.

As a sales coach you get a much larger return on your time investment with an average player because:

In my bestselling book People Follow You: The Real Secret to What Matters Most in Leadership I provide you with a formula for leading and developing high-performing teams. If you’ll take the time to read the book you’ll gain valuable insight on how to best position your people to win. Most of all you will learn what highly successful sales managers already know. When you invest in your people with your time they will thrive, become extremely loyal to you and ultimately your career as a leader will -soar. 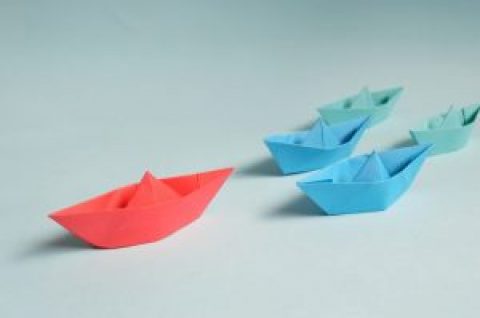 The Likable Leader: Gaining Mindshare and Stoking Employee Engagement in a Diverse Workplace