I spent the past week working with one of my client’s inside sales teams. My objective was to map the sales process of their very best reps in preparation for writing a custom sales training curriculum designed to accelerate the performance of their entire sales team. To gain the information I needed I listened to the calls of their best reps as well as reps that were not producing at optimum levels.

Several of the underperforming reps I worked with had once been top performers but were no longer at that level. As I listened it struck me that they did not sound enthusiastic, took short-cuts during the call, and were not as likable as the top reps. When I questioned them about it, at first they defended themselves. However, when I pointed out that they had once been performing at a much higher level than now, most of them came clean.

Just Going Through the Motions

They were just going through the motions. The reps were aware that their performance had dropped and admitted that they were burned out, un-happy, and tired. They told me that they liked the company, the people they worked with and that overall it was a great job. Yet, they just couldn’t seem to get out of their rut.

In sales it is easy to get stuck in a rut. Burn-out is common. The reasons are simple. First, sales is chock full of rejection. The reps I was with heard no, on average, 40 times a day. That’s a lot of rejection for anyone to endure. Over time it adds up and begins to impact attitude, confidence, and overall happiness.

Next, sales can be incredibly repetitive. Same questions, same responses, same objections, same product or service, over and over again.

It is no wonder that so many salespeople find themselves down in the dumps, bored, angry, tired, and sometimes depressed. They whine and complain about the leads, environment, economy, prospects, peers, and boss.  Commonly they don’t even know why. Instead they plod on and hope for the best. But nothing really changes (and often things just get worse) because they fail to address the real issue – their attitude.

The key to getting out of a rut is resetting your attitude because until that changes nothing else will. What is important to understand is that you didn’t get into a rut overnight and likewise you won’t upgrade your attitude overnight. Changing your attitude requires self-awareness, a commitment to change, and time.

The first time I got into a sales rut I was mad at the world. My attitude stunk and my performance, which was usually the best on my team, was going the wrong way. My sales manager told me that I was better than that but his admonishment just put me into a deeper funk. I didn’t know what to do but I knew I had to make a change or I’d soon be an angry, depressed sales rep without a job.

My reset began with a copy of Hank Trisler’s book, No Bull Selling. I’d decided to read it as a way to motivate myself. Each morning I had to make outbound calls to set appointments with prospects. In my funk I could barely dial the phone. I hated making those calls. So I made a pact with myself. Every time I made 15 dials, I could read 5 minutes of No Bull Selling.

A little bit every day my attitude improved. Even though I hated the dials I looked forward to reading the book and the book inspired me to make the dials. The more I read the better I felt. Three months later I was the sales rep of the quarter. I’d come out of my rut and outgunned the entire sales team.

I learned a valuable lesson from that experience. If I wanted to change my negative attitude I had to feed it positive food. I had to invest in myself. No one else was going to do that for me.

This is the key to getting out of ruts. Fill up with positive energy and a little bit at a time you will emerge from your sales rut.

Get more free resources when you subscribe to my You Tube Channel and my Sales Gravy Podcast. 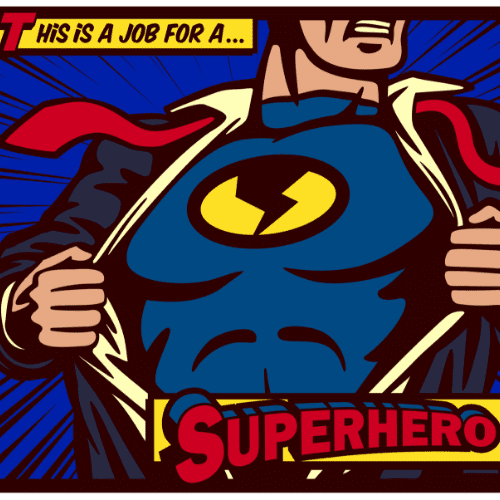 There are Only Two Types of People in Business The Only Three Questions that Matter This Year When You Are on Top, Attack Yourself 3 Reasons the Sales Profession has Entered a New Era